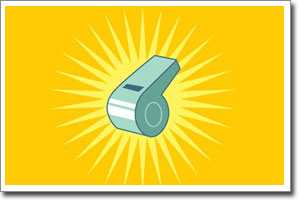 On March 8, 1971, a group calling itself the “Citizens Commission to Investigate the FBI” broke into the FBI agency in Media, Pennsylvania, and removed all the files. I was part of that group. We sorted the cases into criminal (40 percent) and political (60 percent) and, a few weeks later, we mailed copies of the political files to selected newspapers and progressive politicians. Only the Washington Post decided to make public what we discovered.

What we documented was that Hoover’s FBI was engaging in a massive program of surveillance and infiltration. It used informers to infiltrate organizations as diverse as racial justice activists, Vietnam War resisters, a Boy Scout troop in Idaho, and women’s liberation groups. The purpose was, as boldly stated in one file, “to increase paranoia” and persuade dissidents that “there is an FBI agent behind every mailbox.”

Such indiscriminate surveillance and its intended intimidation constituted a massive violation of civil liberties protected by the First and Fourth Amendments. It was also revealed that the top-secret counterintelligence program known as COINTELPRO had actively attacked, and in fact destroyed, groups like the Black Panthers. The publication of the Media files and the release of other information about government violations of civil rights resulted in congressional hearings in 1975, and ultimately in legislation to regulate the activities of the FBI and CIA and to protect the civil liberties of American citizens.

After 9/11, those regulations were severely undermined. As we now know, thanks to the whistleblower Edward Snowden, the National Security Agency began using sophisticated and powerful surveillance technology to vacuum up millions of phone calls, e-mails, and Internet communications, store them, and subject our everyday actions and conversations to government monitoring.

Back in the 1950s and 1960s, and once again today, fear has ruled our nation’s political discourse and enforced silence where there should have been supervision. The fear of the 1950s and 1960s was called “the international communist conspiracy.” Back then, Joseph McCarthy and J. Edgar Hoover and the powerful institutions they controlled were revered and feared because they had successfully marketed themselves as our nation’s experts on subversion. And for McCarthy and Hoover, subversion was whatever they disapproved of. They were also the experts on patriotism, so it was un-American to criticize them. Both men were driven by profound needs for secrecy within the institutions they controlled. They struck back viciously at anybody—politicians, Hollywood stars, pundits, or academics—who dared to criticize the FBI or the Un-American Activities Committee. Even presidents feared them and the charge of being labeled “soft on communism.”

Today we are once again a nation ruled by fear. And our politicians are ruled by the fear that rules us. It is called terrorism. After 9/11, all the restraints imposed on intelligence operations following the publication of the Media files were removed. Politicians in Washington became too timid to strongly supervising the NSA, CIA, and the FBI lest there be another attack. Now it was the label “soft on terrorism” that could end a political career. For intelligence agencies it was back to the 1950s all over again—“anything goes” became the common practice. Once again there was a vast expansion of so-called anti-terrorists groups inside the NSA, the CIA, the FBI; but there was also a vast expansion of private security firms across the country, to say nothing of the special investigation units inside every police force of any major city.

In this context, Edward Snowden has been the catalyst of a new public discussion on the extent and uses of surveillance, infiltrators, informants, and agents provocateurs. These are powerful tools that remain beyond the control of vigorous public accountability. We needed and still need whistleblowers because it is the nature of power to hide itself behind a veil of secrecy. And we also need whistleblowers because those we elect to supervise and hold powerful investigative agencies accountable are sometimes too afraid to do that. Once again, we are a nation ruled by fear, and the price we all pay for that is a vast invasion of our civil liberties. 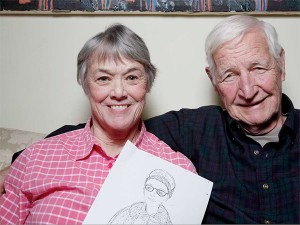 * John Raines has taught in the Religion Department of Temple University for fifty years. He has authored many books and won repeated Fulbright awards to help establish a comparative religious studies program in Indonesia. Raines is an ordained minister of The United Methodist Church.

John and Bonnie Raines were part of the “Citizens Commission to Investigate the FBI” that planned and broke into the FBI office in Media, PA, on March 8, 1971. Forty-three years later, some members of the group have come forward to tell their story. In the picture, Bonnie Raines is holding an FBI drawing of her.