by Bronwyn Dobchuk-Land and Kevin Walby* 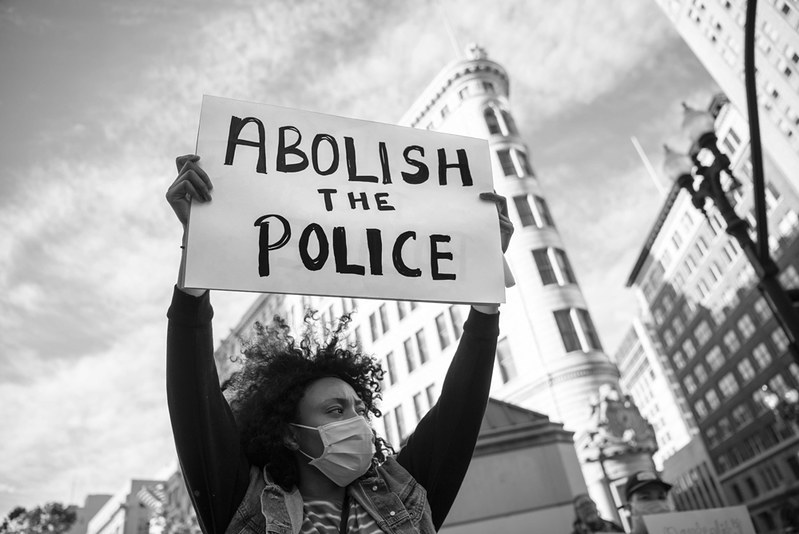 Criminology and criminal justice studies have too often failed to incorporate lessons from the front lines of struggles for radical changes to the criminal justice system. This failure is apparent in recent advancements toward police abolition. Over the past two years, abolitionist organizers and intellectuals have cracked open and begun to reinvent some of the concepts central to our disciplines – like safety, violence, and justice. They have raised popular expectations of what changes can be demanded from the systems we investigate. Yet, for students who come knocking on the doors of our criminal justice department(s) for help making sense of these changes, most of what we have to offer in terms of current writing and analysis is from scholars outside of our fields.

What does it say about criminology and criminal justice studies that the front lines of thinking through questions that should be at the center of our disciplines are so far outside of them? Why is it still difficult to find abolitionist analyses of policing in critical criminology? What are the possibilities for disciplinary re-formation brought out by this moment?

In 2016, Brown and Schept wrote to criminologists about abolition in a similar moment of rupture – when uprisings in response to the murder of Trayvon Martin precipitated a shift in consciousness about systemic racism and policing in the US. In an article in Punishment and Society, they used “the present moment of carceral crisis as a point of departure to critically engage with the project of criminology”. We are trying to do something similar in our recent article in Social Justice (Dobchuk-Land and Walby 2022). We are pointing scholars of the criminal justice system to the insights being generated by activists and community organizers through their work advancing anti-violence work, community development, and abolitionist consciousness-raising.

In the context of continued uprisings, and the communities that are being built around other forms of safety and accountability, police studies as it exists within criminology has too little to say about police abolition as a serious goal. We don’t want to get caught up in trying to ‘rescue’ criminology – but we know from our research and experience that there are many critical criminologists wanting to change the world who fail to take abolition seriously. For critical criminologists and criminal justice studies scholars interested in contributing to social justice, the relevance and utility of what we know about the criminal justice system – our ability to resonate – depends on engaging with abolitionist advancements.

Why invest our abolitionist energies in criminology and criminal justice studies?

As in any discipline, the political orientation of criminology and criminal justice studies has shifted across time and place. In his 1988 reflection on the origins of radical criminology, Platt describes a discipline re-shaped through the uprisings and protest movements of the late 60s and early 70s only to be returned to its conservative status quo at the time of his writing (notably, he references this journal as one of a few bastions of that radical legacy).

Without committing too strongly to defending a discipline, we might consider the ways that advancing abolition as criminologists is still useful. Our disciplines have tools and literatures that can be drawn upon in our collective work toward the horizon of abolition. There are so many myths that come out of policing that are reproduced by police-friendly academics, and so many myths that criminologists cook up that police latch onto. In response to abolitionist demands, many criminologists continue to advocate ahistorical and ineffective reforms, reject abolitionist demands as ‘utopian’, and contribute to the common idea that ‘expertise’ on the CJS means alignment with the system itself. Those of us schooled in the same canons can speak directly to those claims and actively contest the policing myths that liberal and conservative administrative criminologists continue to tout (and identify the police money that is often behind them). We can also insist that while we may be experts on how the system works, we can’t claim expertise on the range of community safety visions and strategies that make up the range of “alternatives”.

Shifting course to keep up

In our article, as we try to take stock of some of the advancements made outside our field that are directly relevant to criminology and criminal justice studies, we might also stop and think about the conditions under which the chasm between the formal avenues for thinking about criminal justice have departed so significantly from the paths being charted by abolitionists into new ways of developing community safety. What are the conditions under which criminology and criminal justice studies has failed to incorporate lessons from the front lines of social change?

In the midst of uprisings, there were many criminologists (some of whom even tried to organize themselves as such in Canada under the moniker of “evidence-based policing studies”) who were prepared to go on the record saying that the demand to ‘abolish’ the police is too radical, too dangerous. These criminologists don’t seem to have noticed those for whom the absence of policing is already an operating premise, and who are already charting paths to safety and survivability.

Criminology and criminal justice studies have a lot to offer in terms of describing the CJS. We can describe what is going on, and how it works, and why. But abolitionists outside of criminal justice are where it is at in terms of developing the theory and practice of how to change how we respond to harm and transgression. We need to study not only the system and its impacts, and new forms of community safety, but also how change happens: how to organize, how to scale up small scale interventions – these are legitimate areas of criminological investigation.

To better understand how the CJS changes/how to change it, we need to de-center it, to integrate it with analyses of other structures and systems. Abolitionists remind us to refuse the conceptual isolation of the CJS from other systems; to insist when we talk about the CJS that we frame our conversations in terms of the multiple systems that work together to produce violence and responses to it. This is essentially a call for more conjunctural analysis, a method that already exists in our disciplinary history (Hall et al 1978).

Common sense understandings of the criminal justice system have shifted immensely over the past two years. Recent uprisings and protest movements precipitated this consciousness shift, and it happened on top of a solid foundation of decades of abolitionist praxis that preceded it. The academic worlds of critical criminology and criminal justice studies haven’t kept pace. Without speaking directly to the demands abolitionists have put on the table, new criminological work on public safety is unlikely to have much resonance with those people who actually have the capacity and energy to organize for change.

* Bronwyn Dobchuk-Land is Assistant Professor of Criminal Justice at the University of Winnipeg and a member of Bar None, an abolitionist prisoner solidarity organization based in Winnipeg. Kevin Walby is Associate Professor of Criminal Justice at the University of Winnipeg. He is co-author of Police Funding, Dark Money, and the Greedy Institution (Routledge, 2022) and co-editor of Disarm, Defund, Dismantle: Police Abolition in Canada (BTL Press, 2022) and Changing of the Guards: Private Influences, Privatization, and Criminal Justice in Canada (UBC Press, 2022). He is the Director of the Centre for Access to Information and Justice (CAIJ). He is co-editor of the Journal of Prisoners on Prisons.

This blog piece is extracted from a longer article, “Police Abolition as Community Struggle Against State Violence”, in the current issue of Social Justice, Vol. 48(1).