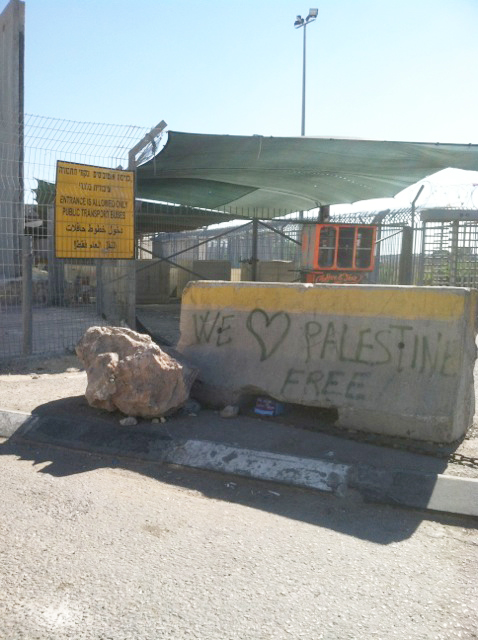 At a Glance (Source: Amnesty International)

Sheer wanton killing and violence against Palestinian people—children, women, men—by Israeli forces, and especially by Israeli citizens living in illegal settlements, is not news to those who know the situation in the Occupied Palestinian Territories (OPT).  The Amnesty International report released this week, “‘Trigger-happy’ Israeli Army and Police Use Reckless Force in the West Bank,” yet again amply documents what AI describes as “mounting bloodshed and human rights abuses in the … OPT as a result of the Israeli forces’ use of unnecessary, arbitrary and brutal force against Palestinians since January 2011.” According to the report, based on data gathered during the years 2011–2013, Palestinians appeared to pose no direct threat to the lives of Israelis and the evidence suggests that they were killed willfully. Philip Luther, Middle East and North Africa Director at AI, stated that “The report presents a body of evidence that shows a harrowing pattern of unlawful killings and unwarranted injuries of Palestinian civilians by Israeli forces in the West Bank.” The violence is ongoing and is committed with impunity despite increasing international pressure to cease it. Moreover, the killings and injuries perpetrated by Israel as the occupying power constitute violations of international humanitarian law and international human rights law. (For more information on international human rights law in Occupied Palestine click here.)

What the various sources report is a mere fraction of the violence committed against Palestinian people under Israeli occupation. The World Health Organization defines violence as “the intentional use of physical force or power, threatened or actual, against oneself, another person, or against a group or community, that either results in or has a high likelihood of resulting in injury, death, psychological harm, maldevelopment, or deprivation.” Palestinian people in the OPT are victimized by every element of this definition. Most disturbing is the persistence and banality with which such violence is perpetrated.

I have seen firsthand many of these various forms of abuse during my time in the West Bank. Before my first visit, nearly 10 years ago, a Palestinian friend visiting my home in the US commented matter-of-factly, “Your life is so orderly and predictable.” Because indeed it is, her observation did not even register at the time but came into full consciousness as I lived my daily life in the OPT. The randomness of checkpoint crossings and closures, the military incursions including night raids with attack dogs into towns, villages, and refugee camps, and the construction of new roadblocks and other impediments to movement, all add up to leaving for work under one set of circumstances and returning later in the day to another, often experiencing delays and feelings of tension, frustration, and anger. Nothing is certain except uncertainty. And the conditions in Gaza are beyond belief…

The manifestation of state policies and procedures that structure the Israeli occupation, these conditions also interrupt even the best-planned events—not to mention limit, or entirely prevent, Palestinian people’s access to education, healthcare, and emergency medical services (research the number of births at checkpoints, for example). These practices curtail family visitation, create deep insecurity, and generally impair the fulfillment of basic human rights and the attainment of a humane quality of life. For example, a resident of Qalandia refugee camp described the time back in December 2013 when Israeli soldiers invaded her home with a dog in the middle of the night:

It was about 2:00 a.m. when we heard banging on the front door. My husband and I knew that it must be the Israeli army. My husband went to open the door and I went to cover my head with a scarf. Just as I was putting on my scarf I turned around and was shocked to see there were soldiers in the living room with a big dog. The dog was muzzled. I could not see my husband and froze from fear. The dog then jumped on me and I fell to the ground. Whilst the dog was on me the soldiers didn’t make a move and just stood by watching. I tried to tell them to stop the dog, but my voice was barely audible. The dog remained on me for about 10 minutes.

Another form of violence concerns residency rights and the separation of families when their members have different IDs marking them as inhabitants of Jerusalem and the West Bank, for instance. This is the story of Nida, a 33-year-old woman who lives in Jerusalem with her husband and five children, aged four to 13. Nida has an Israeli-issued Jerusalem identity card, but her husband, who was born in a refugee camp in Bethlehem, has a West Bank identity card. After living in Bethlehem for the first seven years of her marriage, in 2007 Nida moved with her family to the At Tur neighbourhood, in East Jerusalem.

My husband applied for a residency permit from the Israeli Ministry of Interior, but the authorities rejected his application. The reason the authorities gave from rejecting my husband’s application was that his brother was been in an Israeli prison. My children’s applications for Jerusalem identity cards were also rejected because we used to live in Bethlehem. Before we moved to Jerusalem, I could not pass through the checkpoint between Bethlehem and Jerusalem with my children without risking being turned away. Not having the proper documents also limited my husband’s freedom of movement and made it difficult for him to find a good job. If my husband is caught in Jerusalem without the proper papers he will be separated from us and transferred back to Bethlehem…. When my mother-in-law died my husband had to smuggle himself into Bethlehem to attend her funeral. This involved a great deal of risk and cost us a lot of money. Sometimes I think of emigrating to the Gulf States because I get tired of constantly worrying about my children’s future in Jerusalem. If I had my time again, I wouldn’t marry a man with a West Bank identity card. It feels like this identity card issue controls every aspect of our lives, our present, future, dreams and ambitions.

It is important to note that the violence is gender, class, and age based. For instance, young men, especially those living in refugee camps where incursions occur regularly, are judged an a priori threat to Israeli life. But no Palestinian is “safe,” hence exempt from direct Israeli violence—at home, on the streets of towns, villages, refugee camps, or at checkpoints, the Ben Gurion Airport, and bridge-crossings into Jordan. Nowhere. Omar, the Academy Award-nominated film just premiering in the US, speaks loudly and convincingly on point.

These appalling violations, indeed the entire Occupation, would not be possible without US military, political, and economic support. As has been asked of us countless times, when will we, as people of conscience, committed progressives, and taxpayers, unequivocally and firmly act to end the Occupation, for a free Palestine?

* A.J. Caro is a longtime activist in the peace and justice movement who frequently visits Palestine and Israel and other militarized areas of the world to understand the nature and impacts of armed conflicts.