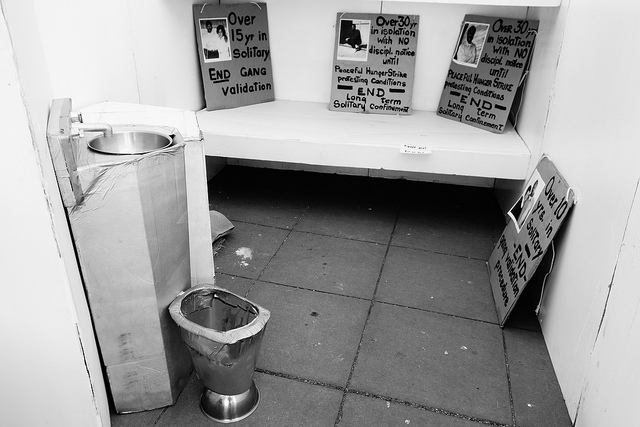 On September 1, 2015, California prison officials agreed to a settlement in the case of Ashker v. Brown. Todd Ashker, together with the other prisoner plaintiffs housed in California’s Pelican Bay Security Housing Unit (SHU), alleged that the practice of assigning hundreds of prisoners to solitary confinement for indefinite terms dragging out 10 years and beyond violated the US Constitution’s prohibition against cruel and unusual punishment, as well as basic due process rights. In the Ashker settlement, prison officials promised to drastically reduce the use of isolation in California, ending four years of intensive collective action and litigation about the practice.

Prisoners in isolation had led three separate hunger strikes to protest the conditions of their confinement between 2011 and 2013. The hunger strike leaders—all of whom were serving indefinite terms in isolation as “validated” gang members—collaborated across previously mortally divisive gang rivalries to coordinate the collective actions. In a system renowned for institutionalizing racial segregation, the prisoner hunger strikers set aside racial divisions, uniting behind the common goal of criticizing both the harsh conditions of their confinement and the administrative process by which prison officials (not judges) determined they were gang members. Three pieces of evidence, like a tattoo (Aztec tattoos might establish Mexican Mafia membership) or being in possession of revolutionary literature (the writings of George Jackson might establish Black Guerilla Family membership), could send a prisoner to isolation forever.

The third hunger strike, in August of 2013, involved 30,000 prisoners, some of whom refused food for 60 days. Following the first hunger strike, the prisoners secured a team of civil rights counsel, including Legal Services for Prisoners with Children (based in San Francisco) and the Center for Constitutional Rights (based in New York City). In May of 2013, the legal team sought to certify a class of people who had been in isolation in the Pelican Bay SHU for 10 years or more: 500 prisoners.

At the time, no US court had found high-tech isolation in supermax facilities like the Pelican Bay SHU, for any period of time, to be unconstitutional. California prison officials conclusively won the right to maintain prisoners in long-term solitary confinement in the Pelican Bay SHU more than 15 years before the first hunger strikes, in a landmark case called Madrid v. Gomez (1995).

Throughout the hunger strikes and the early stages of the Ashker litigation, prison officials focused on maintaining their hard-won, total control over isolation in California. In 2012, prison officials initiated preemptive but superficial reforms, eliminating automatic assignment of gang members to indefinite isolation and instituting a new program to facilitate the transition of some gang-affiliated prisoners from the SHU. Publicly, officials persistently reaffirmed the need for long-term isolation of gang members. They filed affidavits in the Ashker case characterizing the lead plaintiffs as vicious, manipulative, and self-interested gang leaders. In a 2013 Los Angeles Times op-ed, Secretary of Corrections Beard described the Ashker plaintiffs as “convicted murderers who are putting lives at risk to advance their own agenda of violence.” The scale and duration of the nonviolent hunger strike, involving sustained collaboration of alleged rival gang leaders, provided a wordless but decisive rebuttal to Beard’s assertions.

After Judge Claudia Wilken certified the class of 500 prisoners who had spent more than 10 years in the SHU (in June of 2014), prison officials transferred 8 of the 10 named Ashker plaintiffs out of the Pelican Bay SHU. Undeterred, Judge Wilken issued an order in March of 2015 permitting these plaintiffs to continue to serve as class representatives. The prisoner plaintiffs then filed 10 damning expert reports assessing the destructive impact of long-term solitary confinement. The case was not going away. Talks of a settlement brewed.

Meanwhile, prison officials continued to move some prisoners out of isolation in the Pelican Bay SHU into general prison populations throughout California. Hugo Pinell was one of these prisoners. Nicknamed “Yogi Bear,” Pinell spent 45 years in total isolation deep within the California prison system. He was originally convicted of a rape, in 1965. But in prison, he was convicted of killing one correctional officer in 1970 and of assaulting two other correctional officers during George Jackson’s fatal escape attempt from San Quentin in 1971. (Of the “San Quentin Six” charged with conspiring to help Jackson escape, Pinell’s was the only conviction that was never overturned.) Pinell was one of the first prisoners moved into the Pelican Bay SHU when the facility opened in 1989, to house allegedly dangerous prisoners in long-term isolation. Pinell would spend the next 25 years alone in an 8×10-foot windowless, poured concrete cell, under fluorescent lights that never completely turned off. He would have, at most, 10 hours per week out of this cell for solitary exercise in an outdoor “dog run” or to shower. Pinell’s last contact visit with a friend or relative was in December 1970.

On July 29, 2015, however, Pinell’s circumstances changed. Prison officials moved him into the general prison population at California State Prison, Sacramento. Pinell became a test case in the prison system’s nascent efforts to cut down on the use of indefinite solitary confinement. The test failed. On August 12, two prisoners stabbed Pinell to death. A riot followed; 11 more prisoners sustained non-fatal stab wounds.

Pinell’s death foreshadowed all the ways reform of solitary is and will be difficult. In general, prisoners who have spent decades in isolation are likely to suffer from some mental health problems—whether anxiety, hallucinations, or depression—and to have difficulty adjusting to human contact, let alone life in a general population prison. Prisoners like Pinell, who spent 45 years in isolation, are especially likely to be well known to other prisoners who might have something to prove by planning a violent attack. Likewise, Pinell was well known to prison staff, who also might have had something to prove (about the necessity of keeping prisoners isolated) by permitting violence against him to take place.

The settlement attracted national attention and is still being celebrated by prisoners, their families, and legal advocates. Perhaps it will be a model for other states to reduce or eliminate prison conditions the United Nations has conclusively defined as torture. One settlement agreement, however, cannot sweep away decades of abusive prison policies. First, it is a settlement, not a legal opinion. At best, the settlement is a non-binding model of what other jurisdictions might attempt. Second, even though prison officials withdrew many of their claims about the dangerousness of SHU prisoners by agreeing to the provisions of the Ashker settlement, these beliefs have hardly been renounced. The genuine fear prison guards experience in coping with hunger strikes, managing mental illness, or dealing with prisoners like Hugo Pinell must be acknowledged and addressed, so that they are motivated to strategize to support, rather than resist, reform. Third, the data collection and monitoring associated with the settlement is scheduled to conclude in two years—and may never be made public in the first place. The practice of solitary confinement has historically been defined by discretion and invisibility, and is therefore hard to investigate, control, and reform. So the practice of solitary confinement could easily retreat back into the shadows in two years, absent longer-term requirements to institutionalize transparency.

Hopefully, the Ashker settlement has actually unsettled solitary confinement practices in California. But that is just the first step on a long journey towards serious and sustainable reform.

* Keramet Reiter is an Assistant Professor in the Department of Criminology, Law & Society and at the School of Law at the University of California, Irvine. She has written about supermaxes and solitary confinement in the University of California Irvine Law Review, Punishment & Society, and the South Atlantic Quarterly, and she is currently finishing a book, Prisons within Prisons: The Hidden Hell of the American Supermax, scheduled for release by Yale University Press in 2016. She is co-editor, with Alexa Koenig, of the just released anthology Extreme Punishment: Comparative Studies in Detention, Incarceration and Solitary Confinement (Palgrave Press, 2015).