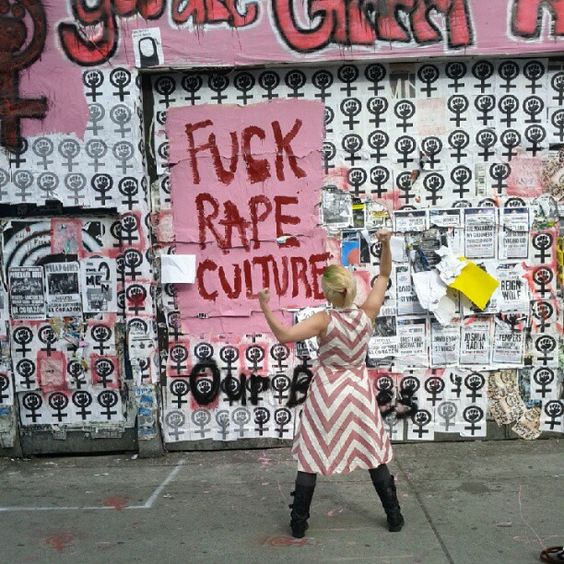 Most of the time victims of sexual violence are silenced, their experiences minimized, or their realities ignored entirely. Perhaps that is why the victim’s impact statement in the high-profile Stanford case has been so widely shared in both print media and online. When you think about it, we rarely hear about sexual violence and its impacts from victim-survivors themselves. This is despite almost one in five American women (19.3%) experiencing rape in their lifetime, and more than twice as many (43.9%) experiencing other forms of sexual violence including coerced and unwanted sexual contact.

There are, of course, varied and complex reasons as to why we don’t hear about these rapes. Many are not reported to police. For some victim-survivors the trauma of the assault is already too much of a burden, and one that will only be amplified by a court case. In light of the mere six-month jail sentence handed down by Judge Aaron Persky’s to the convicted sex offender Brock Turner (of which it emerges he may only serve three), one can start to understand why few victim-survivors of rape go forward with an official report. Even if they persist through the trauma, the odds of a just outcome in the criminal justice system hardly seem worth it.

So we rarely hear about rape from rape victims. Yet, we do hear and witness a lot about rape and sexual violence more broadly. And much of what we hear and witness is so problematic—so inherently unjust—that many have suggested that we are living in a rape culture. In 1984 Dianne Herman described the United States as a “rape culture.” While not the only scholarly reference to the term, Herman defines this as the dominance of a cultural association between violence and sexuality such that heterosexual intercourse “is based on a rape model of sexuality.” The concept then, in Herman’s terms, suggested that sexual aggression is not just common, but is often normalized in cultural expectations and sexual practices.

Some scholars and commentators, such as Christina Hoff Summers and Camile Paglia, have famously critiqued the very notion of a rape culture, suggesting that there is an unfounded feminist “hysteria” surrounding rape and that the problem is not nearly as prevalent as is often claimed. Yet there is overwhelming evidence, both locally and globally, that sexual violence is a significant and prevalent problem. Also, it is not merely the prevalence of sexual violence that defines a rape culture.

The concept has received renewed use and attention in recent years, arguably in no small part due to the prolific engagement of feminists with social and online media, and that certainly appears to be associated with a greater voice and influence in mainstream media debates. In its contemporary usage, the concept of rape culture is popularly deployed to identify the sociocultural basis—and thus the shared social responsibility—for sexual violence. This is opposed to viewing sexual violence as a problem solely caused by individual pathology, such as mental health issues, alcohol misuse, or an innate hostility and aggression. Rape culture is also a concept that is used in critique of the all too frequent responsibilization of women and girls for their sexual victimization. It refers to a “non-consent” culture – a culture where women and girl’s sexual autonomy and human right to make sexual decisions are not protected or taken seriously.

A further critique offered by some contemporary deniers of the concept of rape culture is that we can speak of support for sexual violence as constituting a “culture” only if it is all-encompassing and dominates every level of a society. Such a critique is arguably problematic on at least two fronts.

The first of these is that “culture” is not itself a singular or one-dimensional concept. We openly acknowledge, and even sometimes celebrate, ethnic, language, and religious diversity as representative of our “multicultural” societies. Yet few would deny the relative influence of Anglo-Christianity in shaping the culture of societies such as the United States. To say that we are living in a rape culture then, is not to deny the existence of diverse, equitable, and consensual sexual attitudes and practices in our culture. Rather, the concept highlights and problematizes the relative influence of implicit or explicit support for sexual violence.

The second problem with denying the existence of a rape culture is that there is evidence of support for sexual violence at every level of many societies, including, but by no means limited to, the United States. To unpack this evidence, I find it useful to frame the concept of rape culture within an ecological or public health model—a model that articulates the societal, institutional/organizational, relational, and individual contributors to social and health problems. As such, rape culture refers to:

Thinking about rape culture as a concept encompassing these multiple layers helps us to identify a range of strategies we can take to challenge rape culture and change the story.

Do I think that we, in many countries including the United States, are living in a rape culture? Yes. But what gives me hope that the relative influence of rape culture in our societies will slowly diminish is that I also think that we live in a “multicultural” or sexually diverse society. One where there is active resistance to rape culture, in many places and with growing, albeit varying, influence. And while it will take continued resistance, activism, and reform, free and active consent is a core sexual value that is worth fighting for; not just to improve justice responses for victim-survivors of sexual violence, but to change the culture and more proactively prevent sexual violence before it starts.

*Anastasia Powell (email: anastasia.powell@rmit.edu.au) is a Senior Lecturer in Justice & Legal Studies at Royal Melbourne Institute of Technology (RMIT University), and has written extensively on sexual violence, justice, and digital culture including the forthcoming book Sex, Violence, and Justice in the Digital Era (with Dr. Nicola Henry).