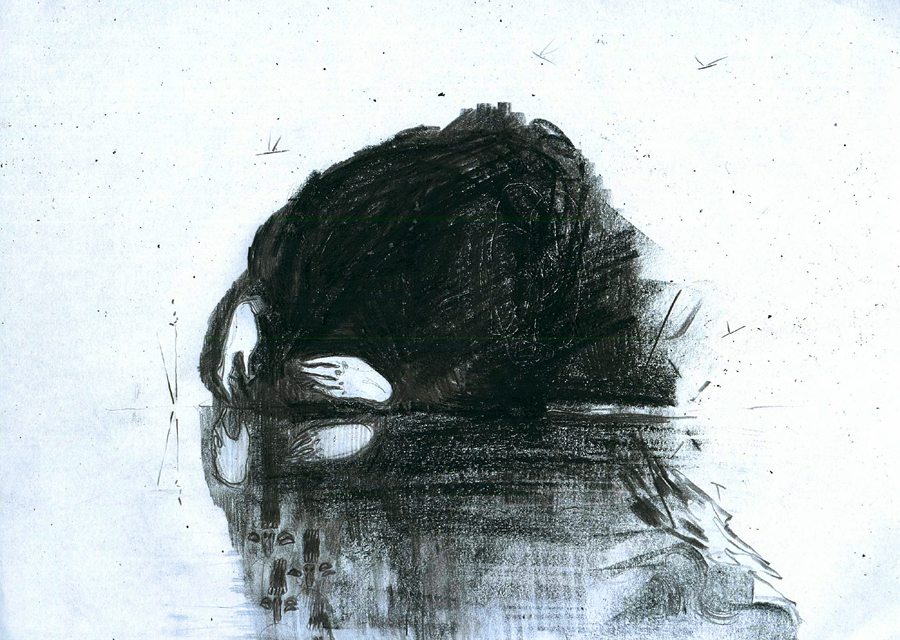 Image: First Suicide, by 6I33 (via deviantart).

Despite “encouraging signs of progress” in suicide prevention in the United States, the suicide rate continues to rise, particularly among middle-aged white men. The drive to reduce the overall suicide rate is necessary but not sufficient: it is also vital to acknowledge and tackle the underlying inequalities that leave the socioeconomically disadvantaged at greatest risk.

The persistence of large inequalities in health—even in countries with long-standing social, healthcare, and other policies aimed at creating more equality in well-being—demonstrates deep roots in systems of social stratification. To be poor and economically disadvantaged means greater risk of ill health and shorter life expectancy.

Over the last two decades there has been growing international consensus about the need to address these inequalities, not least because many are “unnecessary … avoidable … unjust and unfair, so that the resulting health inequalities also lead to inequity in health.” As a result, the goals of public health policy, particularly in post-industrial Western countries, have widened from a narrow focus on improving overall population health to reducing inequity in the social distribution of health.

With respect to the prevention of suicidal behavior, however, there has been a nearly universal failure to consider issues of equality in the formulation of national strategies. In the United States, for example, the 2001 National Strategy for Suicide Prevention, despite recognizing that “the elimination of health disparities [including those associated with education and income] and the improvement of the quality of life for all Americans are central goals for Healthy People 2010,” failed to set any target for reducing inequalities in suicidal behavior. The 2012 refresh of the suicide prevention strategy similarly focused only on the overall prevention and reduction of suicidal behavior.

How important is this failure to apply an equity lens to suicide prevention strategy and activity? I have conducted a review of worldwide research on socioeconomic inequalities in suicidal behavior (Platt 2016). The weight of evidence points to the association between socioeconomic inequalities and suicidal behavior across a range of indicators at two levels: individual (e.g., suicide rate among unemployed people or people living in poverty) and aggregate (e.g., suicide rate in times of economic expansion and recession, or across regions with differing income profiles).

If governments are to tackle inequalities in suicidal behavior, they will have to face and resolve many policy challenges. Foremost among these is the choice of the strategic approach to reducing inequality.

It is not simply the poorest who experience less than optimum health; there is a gradient of risk across the whole population. Governments need to be clear whether they are seeking to improve the health of the most disadvantaged in absolute terms, reduce the health gap between most disadvantaged and the most advantaged/average, or reduce the gradient of health inequalities associated with socioeconomic inequalities (whereby the lower an individual’s socioeconomic position, the worse their health) (Graham 2004). Each of these strategic approaches has strengths and weaknesses.

Strengths of a focus on disadvantage or reducing the gap include a concentration of resources on the most needy in both socioeconomic and health terms, as well as an ambitious target to galvanize action. Drawbacks include: directing attention away from those who are privileged; shifting focus from inequality-generating structures to assumed personal deficits of those at the bottom of the socioeconomic hierarchy; and obscuring inequalities in life chances and health chances across the socioeconomic hierarchy.

Strengths of a focus on health inequalities as health gradients include: explicit recognition that narrowing the gap is not sufficient for reducing socioeconomic inequalities in health, and an increased focus on social inequalities—in life chances, living standards, economic wealth, and political power—and the structures that maintain them. However, this latter strength is also a potential weakness in that it requires a political ideology that is too radical for most governments in the best of economic times and virtually unthinkable in the worst of economic times.

The approach to tackling inequalities in suicidal behavior depends on the overarching philosophy of health inequality reduction that is adopted by the government. A concentration on reducing the overall level of suicide in society or on reducing suicide risk only among the most disadvantaged may result in little change in relative risk between the most and least privileged, and it may even result in an increased relative risk by widening inequalities. On the other hand, the development and delivery of effective public policy interventions that reduce poverty, boost educational performance, improve housing conditions, and reduce unemployment would address the fundamental sources of disadvantage faced by many population groups, leading to a reduction in their risk of suicidal behavior.

* Stephen Platt is Emeritus Professor of Health Policy Research at the University of Edinburgh, UK. He has published widely on social, epidemiological, and cultural aspects of suicide and self-harm. He is Vice-President of the International Association of Suicide Prevention and an adviser to Samaritans and the Scottish and Irish Governments on suicide prevention.