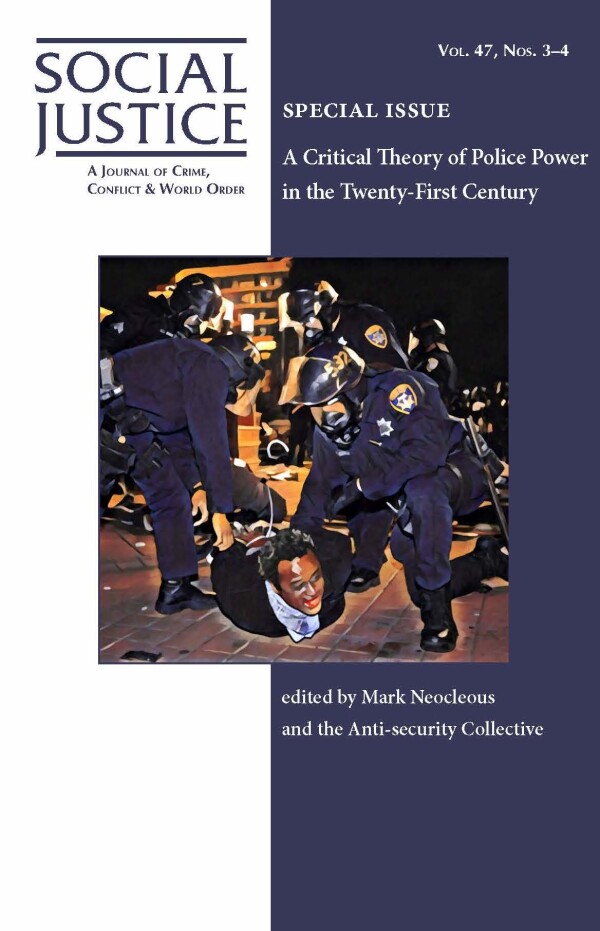 This special issue advances a critical theory of police power focusing on the inextricable link between the violence of police, the organization of the state, and the reproduction of capital. Analyzing police power from different perspectives and at different scales, the authors show how rather than being an aberration, police violence is integral to the nature of capitalist exploitation and to the social war through which the working class is reproduced.
Contributors: Mark Neocleous, Guillermina Seri, Brendan McQuade, Tyler Wall, Travis Linnemann, Will Jackson, Ben Brucato, Zhandarka Kurti, George S. Rigakos.

Introduction to the Special Issue: A Critical Theory of Police Power in the Twenty-First Century
Anti-security Collective

No Chance: The Secret of Police, or the Violence of Discretion
Tyler Wall and Travis Linnemann

Police Power and Disorder: Understanding Policing in the Twenty-First Century
Will Jackson

Policing Race and Racing Police: The Origin of US Police in Slave Patrols
Ben Brucato