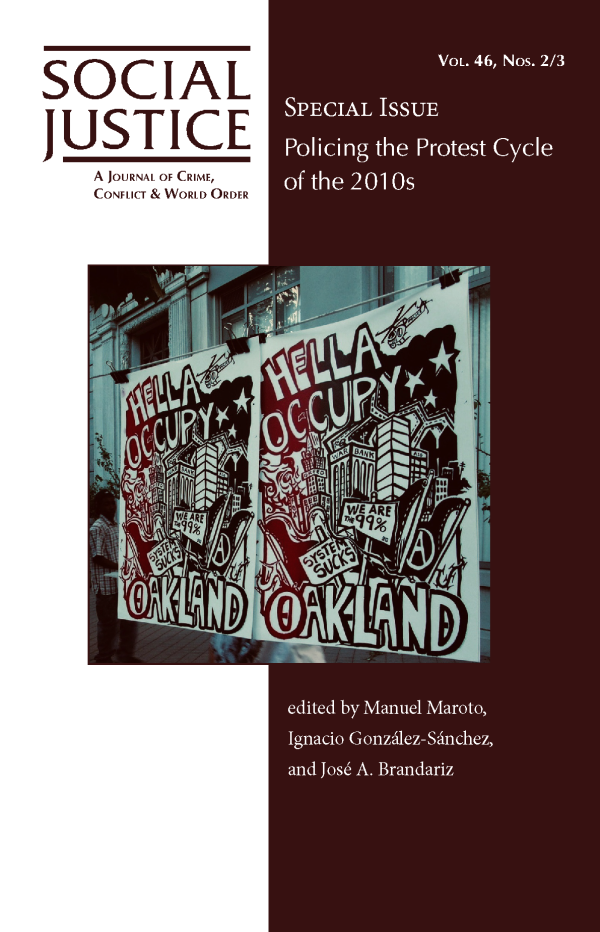 Please note: This issue has not been published yet. You may purchase a digital copy for immediate download or pre-order a printed copy below (shipping in September 2020).

Policing the Protest Cycle of the 2010s
edited by Manuel Maroto, Ignacio González-Sánchez, and José A. Brandariz

This special issue analyzes the cycle of protests that has swept the globe following the Great Recession of 2008 and the Arab Spring revolts of the early 2010s. By exploring the differences between protests, and in particular between the different forms of repression with which they were met, this issue interrogates more broadly the relationship between the state and social movements and the role of penality as a tool of neoliberal governmentality.

Impact of Repression on Mobilization: The Case of the Euromaidan Protests in Ukraine
Andrii Gladun

Restraining the Political through Stay-Away Orders: The Case of Occupy Oakland
Emily Brissette

The Repression of Protest in Spain after 15-M: The Development of the Gag Law
Pedro Oliver and Jesús-Carlos Urda

Race for the Future
Matt Clement

Review of Bernard Harcourt, The Counterrevolution: How Our Government Went to War Against Its Own Citizens
Stuart Schrader

Review of Danielle Sered, Until We Reckon: Violence, Mass Incarceration, and a Road to Repair
The Pantheon of Critical Criminologists