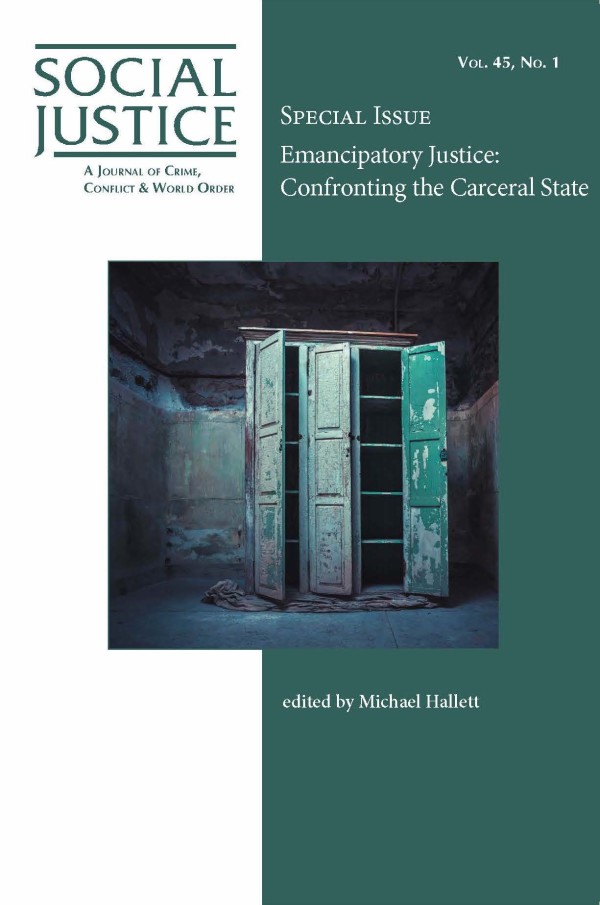 This special issue of Social Justice expands previous editions’ explorations of emancipatory justice and incarceration. The issue begins with the premise that addressing structural violence is the greatest single challenge to establishing mechanisms of emancipatory justice. Looking beyond the prison walls, contributors identify areas in which new forms of leadership and advocacy may emerge that both articulate alternative visions and overcome the inertia of despair and political intransigence. Emancipatory justice requires an agenda for confronting the penal state, and each article in this issue concludes with a specific agenda for activism and citizen mobilization.

Confronting Felony Disenfranchisement: Toward a Movement for Full Citizenship,
by Marc Mauer

Confronting the Disabling Effects of Imprisonment: Toward Prehabilitation, by Diana Johns

Confronting Immigration Enforcement under Trump: A Reign of Terror for Immigrant Communities, by Judith Greene