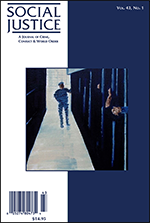 In May 2014, 32 international scholars in law, human rights, philosophy, and the social sciences met in conference at Boston College to fine tune a 33-article Convention, drafted by the College’s Law School Post-Deportation Human Rights Project, on the rights of forcibly expelled and/or deported persons. The Convention’s purpose was to reaffirm that all persons, including deported persons, and persons undergoing deportation proceedings, “are entitled to due process of law, equal treatment, freedom from discrimination, and the protection of their human rights and fundamental freedoms under the Charter of the United Nations, the Universal Declaration of Human Rights, and other widely accepted regional and international human rights instruments.” Once finalized, the Convention is to be submitted to state governments that deport large numbers of persons, as well as to governments that receive such persons. The expectation is that the Convention will become part of state policy. The emphasis here is on affirming the rights of deported persons to full reintegration in receiving “home” countries. The article discusses in considerable detail the work of a deported migrants’ organization in Jamaica.