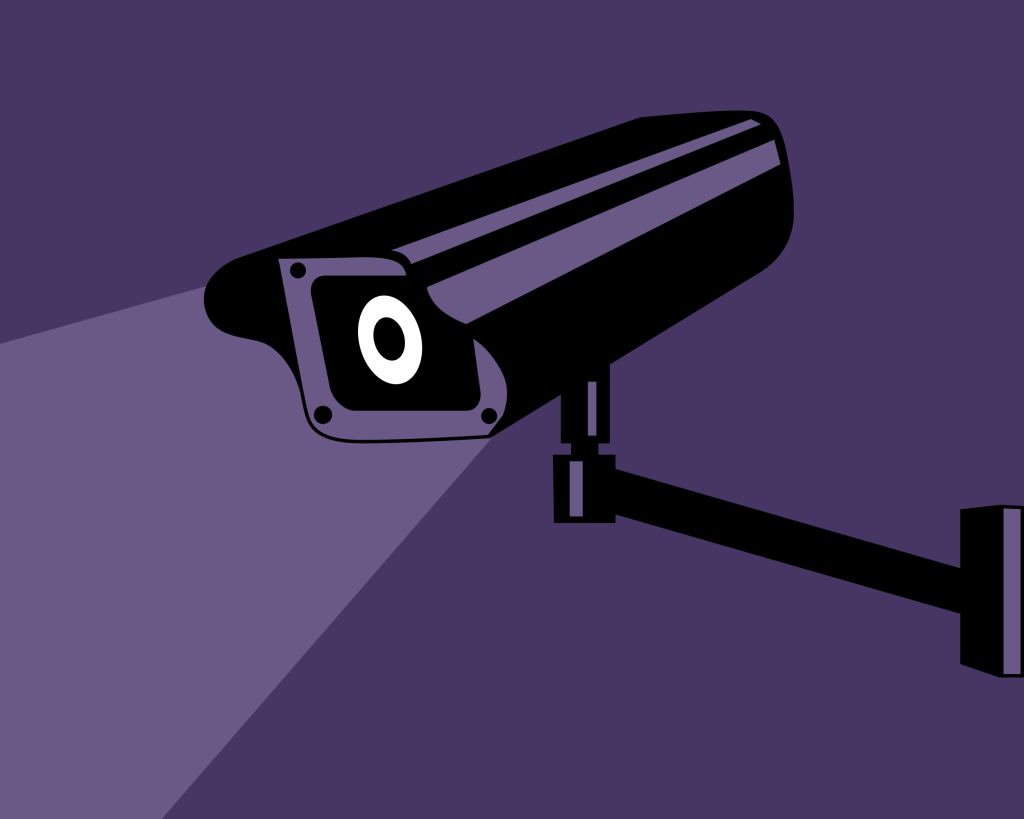 Speaker after speaker at the Republican National Convention last month railed against democrats’ supposed plans to defund the police.  The major spotlight on these denunciations reflects how visible this once-fringe proposal has become.  It also highlights the political position defunding occupies today:  far, far beyond the pale for conservatives and “centrist” voters.  Yet there is concrete movement in this direction on the part of some localities—Minneapolis being a case in point—and dedicated eloquence by activists nationwide.

The chasmic disagreements over defunding the police mean that the road to this abolitionist reform will be anything but smooth. Activists will have to struggle mightily in direct and open venues as well as the shadowy spheres of “frontlash” tactics—sideways measures to contain a political backlash.  Political scientist Vesla Mae Weaver developed the concept of frontlash to describe how opponents of civil rights progress developed mass incarceration.  It might very well apply again now as police departments nationwide build an arsenal of surveillance technology.  Technologies touted as “alternatives” to policing and incarceration are the most serious and underestimated obstacles to genuine police reform.

Underway but underappreciated, the growth of surveillance technology could undermine attempts to shrink the police. Instead of police abolition, this danger could sap this moment’s potential and usher us into a dystopic Big Brother scenario.

Police have used surveillance technology since the mid-1800s, with surges in periods of radicalism such as the 1870s, the 1930s and the 1960s. The history of anti-black racism within surveillance techniques runs deep, as sociology professor Simone Browne has compellingly detailed, looking back to the disciplinary gaze inflicted on antebellum Black people via branding, runaway slave notices, lantern laws, and more. Nowadays the technology includes the thick blanket of surveillance cameras mounted on buildings, fixed points, vehicles, and police themselves; alert, alarm and communications systems; electronic monitoring shackles; data-extraction techniques; and drones. Drone patrols seem particularly likely to surge in years to come, with the nightmare possibility of drones making arrests or simply delivering death. Robocop returns. Equally terrifying is the possibility of ever more data-extraction, to the point that people’s transit, travel, employment, education, purchases, and so on become restricted from afar. Electronic monitoring (EM) has been widely used across the US for extra oversight in parole, and increasingly as a method of punishment when people are sentenced to EM-bound house arrest directly. As many have explained, EM is not an “alternative to incarceration” but rather “another kind of jail.” Its breathtakingly oppressive costs rack up to the hundreds within one month and the tens of thousands for longer terms.  The devices often malfunction, lose radio or wi-fi connection, or record location incorrectly, triggering a violation that can land a person back in jail on a longer sentence than they originally faced because the violation itself is classified as a crime. There is also no evidence that they succeed in preventing crime or compelling attendance at trial.

Electronic Monitoring is dreadful enough in its current incarnation—bulky, hot, often painfully chafing ankle shackles—but even more insidious forms are waiting in the wings:  smaller, more powerful devices, even cellphone apps, capable of capturing much more data than the simple, location-tracking GPS that dominates the market presently. This tech already extends carceral spaces beyond brick and mortar prison walls, and its expansion even further has been long brewing, but is developing even faster as authorities attempt to use it to fight COVID-19.

Experts face the future with concern for the rise of all these technologies. “Assuming that ‘defunding the police’ gains momentum, and even starts to happen somewhere, I think it’s highly likely that surveillance policing of one kind or another will replace some human policing,” writes Mike Nellis, professor of law.  Criminologist Tony Platt agrees:  if reformers are successful at defunding and dismantling, it is “very likely EM will get a big boost as an ‘alternative’ to policing and incarcerating.” (Mike Nellis, electronic communication, 6/14/20; Tony Platt, electronic communication, 6/14/20).  Michelle Alexander, legal scholar and author of The New Jim Crow, fears that e-carceration may be the evolution of mass incarceration—the “newest Jim Crow.”

Technology is only as fair as the society that generates and applies it. Crime statistics in the US have been racist since the nineteenth century. Our algorithms are racist (the “New Jim Code,” per Ruha Benjamin); so is AI. “Predictive #algorithms are the new frontier of institutionalized #racism in criminal ‘justice,’” tweeted law professor Dorothy Roberts. Given how profoundly racialized U.S. urban space is today, spatial restrictions are racial restrictions, and spatial restrictions are one of the most likely outcomes with more widespread surveillance policing.  As James Kilgore of Challenging E-Carceration has worried, “Adaptations of the Chinese and Indian use of QR codes open up the possibilities of creating personal or group/area exclusion zones or zones with movement restrictions, much like hotspot policing. In India entire areas are risk assessed then the degree of movement allowed depends on the assessment result. This has frightening possibilities for racialized monitoring and supervision in the US” (James Kilgore, electronic communication, 6/14/20).

Indeed, such scenarios already exist, as in the exclusion zones that restrict where people with sex offense convictions can work or live, or the aggressive, all-encompassing surveillance of the overwhelmingly Black and brown city of Camden, New Jersey. When the city disbanded its police department, replacing it with a smaller county force, surveillance shot through the roof.  Some 121 cameras “cover virtually every inch of sidewalk,” supplementing a thirty-foot mobile crane called SkyPatrol; thirty-five microphones around the city that can detect the exact location of a gunshot, scanners that read license plates, and more.  Detroit’s “Project Green Light” spins a similarly alarming web. Liberal reformers see these as possible models other cities might emulate.

In many cities, little new infrastructure will be needed, for private security systems already proliferate that can be put to public use through mandatory or voluntary conscription.  Philadelphia already does this. The “safecam” network, in which police provide residents with security cameras to “deter crime,” obligates those who accept to give law enforcement access to their camera footage at any time. Existing security cameras from such companies as Ring and SimpliSafe are also being patched directly into Police Departments, often by having the company do its own direct outreach to customers.  One recent solicitation from Simplisafe to its clients came via email, reported Jasmine Heiss of Vera’s In Our Backyards.  It read:

As our police departments and emergency responders respond to this crisis, they are getting stretched thin.
We want to help. We want to do our part to reduce their burden—while making sure you get help when you need it most. Here’s how:
All you need to do is turn on Video Alarm Verification—a feature that’s already included in your system. With Video Verification, if someone breaks into your home, our monitoring pros act immediately to inform the police they have visual proof of an active crime. And that means police dispatch significantly faster. That makes you safer. (Jasmine Heiss, electronic communication, 6/14/20)

These companies are profiting from the love affair so many people have with personal surveillance cameras in their houses, an extension into domestic space of our obsession with the cellphones that grab all our data.  This electronically enhanced navel-gazing is not politically neutral.  Those who hope to chart a path to a police-free world will have to reckon with its implications.

The fear that surveillance technologies could come to replace some human policing is no crackpot sci-fi delusion. It is all too real. If protestors of racist police brutality have succeeded in pushing localities to move towards shrinking their police departments, the forces of reaction might launch this sideswipe ambush. Their success could drain the potential of the proposals on the table. The spirit of police abolition would have little in common with this feeble letter.  Activists today might consider adding to their demands that local governments not replace aggressive policing with aggressive monitoring.

This nation has been perched at similar moments of crisis and opportunity for change before.  Many, perhaps even most, were followed by expanded repression. The defeat of Reconstruction saw the rise of convict leasing, chain gangs, and segregation; the promise of labor movements and activism after the First World War were followed by McCarthyism; threats to Jim Crow in the 1950s and the social movements associated with the 1960s preceded mass incarceration. As we have seen before, great groundswells of support for ending obviously racist and evil systems give way to new mechanisms of containment, nurtured by proponents of the old. Each time it took several decades for the new trend to emerge in full force, making it impossible for freedom fighters to track until it was too late.

*Micol Seigel is Professor of American Studies and History at Indiana University, Bloomington.  In 2018-2019, she was Fulbright Distinguished Chair in International Relations at the University of São Paulo. She teaches and studies policing, prisons, and race in the Americas; her book on the nature of police work and the assumptions that underlie its legitimacy in a democracy, Violence Work: State Power and the Limits of Police, was published in 2018 by Duke University Press. Her work has appeared in such venues as American Quarterly, Social Text, Transition, Social Justice, the Journal of American History, Hispanic American Historical Review, and her Uneven Encounters: Making Race and Nation in Brazil and the United States (Duke, 2009) received a finalist mention for the Lora Romero first book prize of the American Studies Association. A founding organizer of the Critical Prison Studies caucus of the American Studies Association, Micol’s research has been supported by Harvard University’s Charles Warren Center for Historical Studies, FLAS, Fulbright, the ACLS, the Rockefeller Foundation, the Cornell Society for the Humanities, and the United States Studies Centre at the University of Sydney. Micol is a longtime member of Critical Resistance, a founding member of Decarcerate Monroe County and Indiana Against E-Carceration, and an Inside-Out Prison Exchange Program instructor. She is currently working on a transhistorical and geographically promiscuous study of places without police.