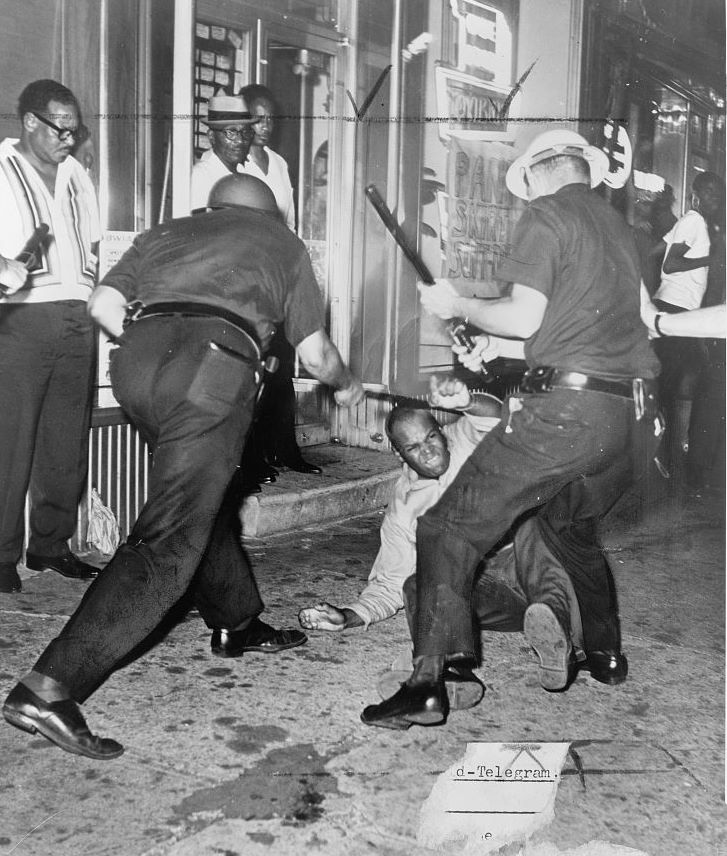 “There have been commissions before, there have been task forces, there have been conversations, and nothing happens,” said President Obama when he announced in December the creation of a blue-ribbon Task Force on 21st Century Policing to come up with solutions to the “simmering distrust that exists between too many police departments and too many communities of color.” This time, he promised, it “will be different,” not just “an endless report collecting dust on the shelf.”

The Task Force is expected to complete its work in March. I’ll be looking for two indicators of whether or not it has something new to contribute: recognition that police antagonism to impoverished communities of color, especially African-American communities, is longstanding and institutionalized; and grappling with why a century of investigations has produced endless reports and no significant changes. I speak from personal experience as the associate director of a 1969 task force in the United States whose recommendations to a national commission about how to understand and stop police violence are caked in dust.

Racial violence is in the life-blood of the United States, and the police are usually its enforcers. As James Baldwin observed in 1960, “the only way to police a ghetto is to be oppressive.” Official investigations into white violence against Black communities during the 1910s disclosed that the police typically “shared the lust of the mob for Negro blood,” as a congressional committee noted in its report on the bloody East St Louis pogrom of 1917. Following a day of protests and property destruction in Harlem in 1935, a commission appointed by the mayor found that the police had a reputation for being “persecutors and oppressors” in the community, and were responsible for “aggressions and brutalities upon the Harlem citizens not only because they are Negroes but because they are poor and therefore defenseless.”

In An American Dilemma, a comprehensive investigation of American race relations during the 1940s, Gunnar Myrdal described the “average Southern policeman” as “a promoted poor white with a legal sanction to use a weapon” against “Negroes whom he conceives of as dangerous or as ‘getting out of their place.’” A few years later, the Civil Rights Congress petitioned the United Nations for relief against “acts of genocide against the Negro people,” asserting that “once the classic method of lynching was the rope. Now it’s the policeman’s bullet.”

And it wasn’t only a problem of the South, as Gunnar Myrdal suggested. In his ethnographic study of Chicago police in the late 1940s, William Westley noted that it was routine “to mock the Negro and use some type of stereotyped categorization.” Richard Wright was more blunt in his assessment: “When they see six of us, they become downright apprehensive and alarmed. And because they are afraid of us, we are afraid of them. Life for us is daily warfare and we live hard, like soldiers.” In one of the first sociological textbooks that focused on African American culture and institutions, published in 1949, E. Franklin Frazier observed matter-of-factly: “The police, who generally use brute force on Negroes, have little respect for the rights of Negroes as citizens or human beings.”

Urban protests and riots in the 1960s generated an unprecedented flurry of investigations and reports, all of which paid attention to the role of the police in enforcing inequality. The police “come into the neighborhood aggravated and mad,” a 33-year-old resident told researchers for Harlem Youth Opportunities Unlimited in 1964; “they start more violence than any other people start.” James Baldwin hardly knew anybody in Harlem, “from the most circumspect church member to the most shiftless adolescent, who does not have a long tale to tell of police incompetence, injustice, or brutality.”

“In city slums and ghettos,” reported President Johnson’s Commission on Law Enforcement and Administration of Justice in 1967, “there is much distrust of the police”—which is not surprising given that “the use of racial epithets, such as ‘nigger,’ ‘coon,’ ‘boy,’ and ‘Pancho’ appears to be widespread.” Racist insults were so common in Oakland, California, in the mid-1960s that the police chief had to issue a written directive banning the use of these terms, plus “coon, spook, head hunter, jungle bunny, burr head, ape, spick, and mau mau.”

There is a “widespread belief among Negroes,” concluded the 1968 Kerner Commission, “in the existence of police brutality and in a double standard of justice.” The “deep hostility between police and ghetto communities” was confirmed in sociological studies sponsored by the Commission. Surveys in 15 cities found that the majority of African Americans stopped and frisked on the street “are innocent of any wrong doing”; one in three African Americans said the police “rough up people unnecessarily”; and the majority of police believed that African Americans were moving “too fast” in their demand for equality and were opposed to “Negroes socializing with whites.”

The study that I coauthored in 1969 for the National Commission on the Causes and Prevention of Violence similarly reported that “the majority of rank and file policemen are hostile toward Black people.” Bold political solutions were required. “If communities are to be policed adequately,” we argued, “the principle of community control of the police seems inescapable”—but not to the commissioners, who called instead for doubling down on “our investment in the administration of justice.”

Despite endless recommendations by national and local commissions to reform police abuse through recruitment of Black officers, training in multicultural sensitivity, technological innovations, and creation of citizens’ advisory committees, nothing much has changed. In the words of James Baldwin, it’s the “same old piano, playing the same blues.”

Twenty years after the Kerner report, Jewelle Taylor Gibbs, a leading social work professor, lamented that “several Black males are killed each week in America in lethal encounters with police officers.” In December 2014, 46 years after the Kerner report, in the wake of the killing of Michael Brown and Eric Garner, we still need to confront what Eric Adams, cofounder of 100 Blacks in Law Enforcement Who Care, calls “a legacy of inequity,” exemplified “in the nightstick and quick-trigger-finger justice” that has been “carved into the culture of law enforcement over decades.”

Hopefully, Obama’s Task Force on 21st Century Policing will ponder the troubling history of racial violence and not simply recycle a century of cosmetic panaceas. It needs to keep in mind that the modern police system was designed to keep the marginalized in their place and to warn the poor of a fate worse than poverty. The fundamental problem with US policing is neither personal nor professional deficiencies, but rather how they are structured and organized.

A good place for the 2015 Task Force to begin might be dusting off the 1969 Task Force on which I worked, and paying close attention to its conclusion: “This nation cannot have it both ways: either it will carry through a firm commitment to massive and widespread political and social reform, or it will develop into a society of garrison cities where order is enforced without due process of law and without the consent of the governed.”

* Tony Platt is a Distinguished Affiliated Scholar at the Center for the Study of Law and Society, University of California, Berkeley. In 1969, he was Associate Director of the Task Force on Violent Aspects of Protest and Confrontation for the National Commission on the Causes and Prevention of Violence.