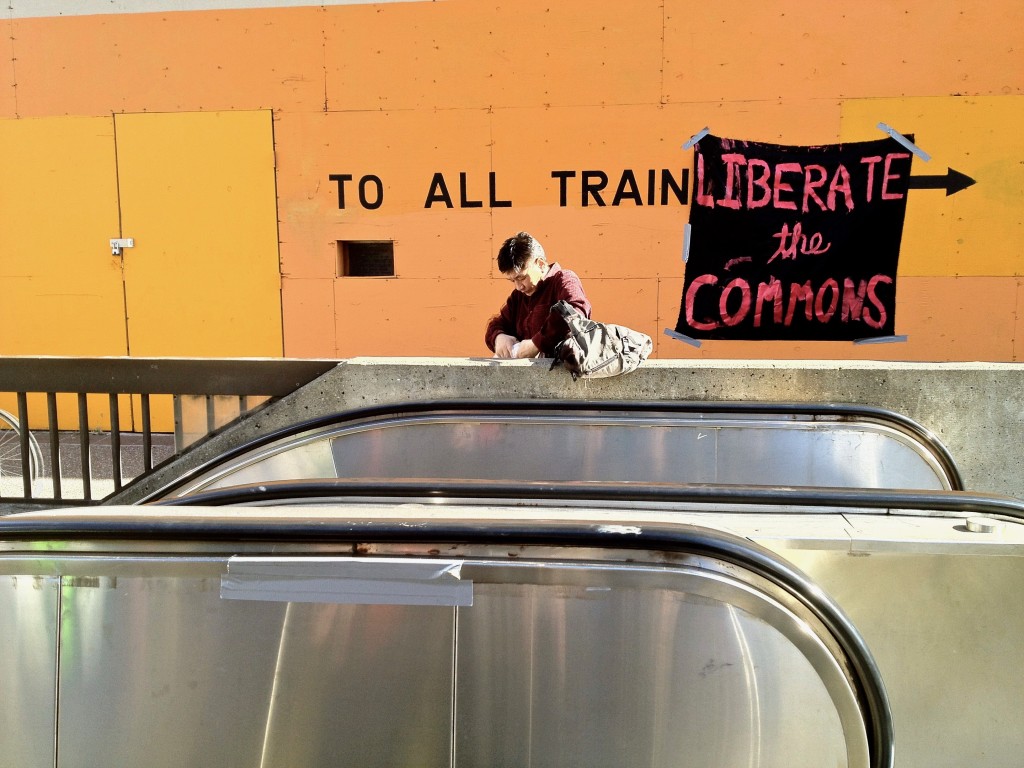 In a much-quoted segment from the Prison Notebooks, Italian communist intellectual Antonio Gramsci outlined his famous definition of a crisis of hegemony:

If the ruling class has lost its consensus, i.e., is no longer “leading” but only “dominant,” exercising coercive force alone, this means precisely that the great masses have become detached from their traditional ideologies, and no longer believe what they used to believe previously. The crisis consists precisely in the fact that the old is dying and the new cannot be born; in this interregnum a great variety of morbid symptoms appear. (Gramsci 1971, 276).

Although Gramsci’s theorization was a critique of the specific historical conjuncture that supported the rise of European fascisms in the 1930s, the materialist lens he forged provides an invaluable tool to understand the cyclical crises of hegemony that have affected Western capitalist societies through the twentieth century. In the notes that follow, I would like to argue that the “great variety of morbid symptoms” characterizing the present historical moment—specifically, the rise of right-wing populisms across the Western world—signals a crisis of hegemony of the neoliberal regime of capital accumulation sustained by liberal/centrist political parties and a rearticulation of class power along authoritarian lines.

The recent emergence of right-wing populist formations in Europe—the National Front in France, Golden Dawn in Greece, the Party for Freedom (PVV) in the Netherlands, Jobbik in Hungary, Alernativ für Deutschland in Germany, the UK Independence Party in England, and of course Trump Republicans in the US—is the latest development in this process of reconfiguration of race and class politics. Yet, despite the appeal that such a label may hold in the face of increasingly autocratic and chauvinistic tendencies in the Western world, we should be wary of calling these developments simply as a form of neo-fascism, or fascism 2.0. Indeed, there are several risks implicit in adopting such a rhetoric: (a) it is a rather ahistorical simplification that prevents a structural analysis of current tendencies; (b) it equalizes all opposition (reformist vs. radical, institutional vs. grassroots) under the generic umbrella of liberal-democratic resistance; and (c) it constricts opposition within a purely reactive mode (i.e., it obstructs the effort to envision not just a less fascist neoliberal society, but a radically different one). A more useful frame of analysis might be what radical political economist Ian Bruff has recently called “authoritarian neoliberalism.” In opposition to the “liberal neoliberalism” endorsed by the centrist parties that have been hegemonic in Europe and the US in the last few years, “authoritarian neoliberalism” is characterized by the fact that

dominant social groups are less interested in neutralizing resistance and dissent via concessions and forms of compromise … favoring instead the explicit exclusion and marginalization of subordinate social groups through the constitutionally and legally engineered self-disempowerment of nominally democratic institutions, governments, and parliaments. (Bruff 2014, 116)

In this sense, whereas liberal neoliberalism à la Obama preempted substantive democracy under a thin veil of democratic rhetoric—let us not forget that cases of police brutality spiked under the friendly Obama administration, and of course immigrant deportations reached the unprecedented number of 2.5 millions—authoritarian neoliberalism à la Trump obliterates formal democracy, too, behind a thick cloud of populist rhetoric. The political vocabulary through which authoritarian neoliberalism articulates its hegemony is that of authoritarian populism famously described by Stuart Hall (1985): a political discourse based on an abstract notion of “the people” that establishes a rhetorical convergence between the objectives of those in power and the demands of the citizenry by channeling both against various undeserving “others” (e.g., criminals, immigrants, terrorists, welfare queens, etc.). This narrative combines different strategies to neutralize the formation of interracial/class-based solidarities:

(a) First, it artificially elevates certain social groups rhetorically constructed as deserving (on the basis of race, ethnicity, nationality, religion, sexuality) above other social groups with whom they share a common subordinated class position in society. The concept of comparative racialization proposed by Lisa Marie Cacho is particularly useful here:

Ascribing readily recognizable social value always requires the devaluation of an/other … In the United States, human value is made legible in relation to the deviant, the non-American, the non-normative, the pathologized, and the recalcitrant. (Cacho 2012, 18–19)

What kind of opposition can we envision in the current conjuncture? Inspired in particular by some of the insights put forward by Keeanga Yamahtta-Taylor (2016), I briefly outline below what I see as the minimum necessary building blocks of insurgent politics in the present moment:

(a) First, social movements should work towards overcoming the single-issue orientation of most current politics and, most importantly, the “non-profit industrial complex” that sustains this paradigm of political action (including forms of “professional activism”).

(b) Second, we should overcome any simplified and depoliticized notion of privilege as an individual feature that subjects can somehow un-learn—for example, by adopting proper “technologies of the self” (Foucault 1988). This also means overcoming the self-congratulatory rhetoric about individual trajectories of healing, awakening, self-care, etc. These models are not only compatible with the dominant neoliberal ethos of personal responsibility and individual achievement, but they are building blocks of its renewed hegemonic hold.

(c) Third, we should be wary of the creation of institutionally coopted (if not state-sponsored) “safe spaces” that end up reinforcing dominant notions of safety as personal security from individual aggressions; particularly when promoted or coopted by institutions eager to prevent insurgent mobilizations (e.g., university campuses), such spaces may become tolerated reservations for injured identities that work effectively to soften any opposition to structural inequalities. Liberated spaces are not assigned by powerful institutions; they are taken from them.

(d) Finally, against the proliferation of court-actionable claims to “injured statuses” as the main form of resistance to white supremacy, we need to build intersectional communities of struggle: we need to engage in political action that acknowledges and organizes the plural nature of our movements, while at the same time consolidating stable political formations tasked with carrying forward the unique cause of the construction of the common. In this project, oppressed identities (the ones imposed by racial capitalism) must become visible against the color-blind nature of contemporary racism, the gender-blind nature of contemporary sexism, and the class-blind nature of contemporary capitalism. However, the ultimate aim of our insurgent politics should be the abolition of any “identity as property” (to paraphrase Cheryl Harris)—that is, liberation from identity as an organizing principle of any social hierarchy. Michael Hardt and Antonio Negri (2009, 331) frame this idea in terms of a distinction between mere emancipation, which is still anchored to the dominant framing of identity, and liberation, which requires instead a complex articulation of singularities. It is in this sense that Frantz Fanon (1967, 8) notoriously advanced the controversial statement “I propose nothing short of the liberation of the man of color from himself”.

In conclusion, against the abstract and amorphous notion of “the people” invoked by authoritarian populism, at the same time uncritically undifferentiated and profoundly divided, we should mobilize the concrete reality of insurgent singularities fighting at the same time against a multiplicity of intersecting oppressions and toward the common goal of a post-capitalist society.

*Alessandro De Giorgi is Associate Professor at the Department of Justice Studies, San Jose State University (e-mail: alessandro.degiorgi@sjsu.edu). His teaching and research interests include critical theories of punishment and social control, urban ethnography, and radical political economy. He is the author of Rethinking the Political Economy of Punishment: Perspectives on Post-Fordism and Penal Politics (Ashgate, 2006). Currently, he is conducting ethnographic research on the socioeconomic dimensions of concentrated incarceration and prisoner reentry in West Oakland, California.