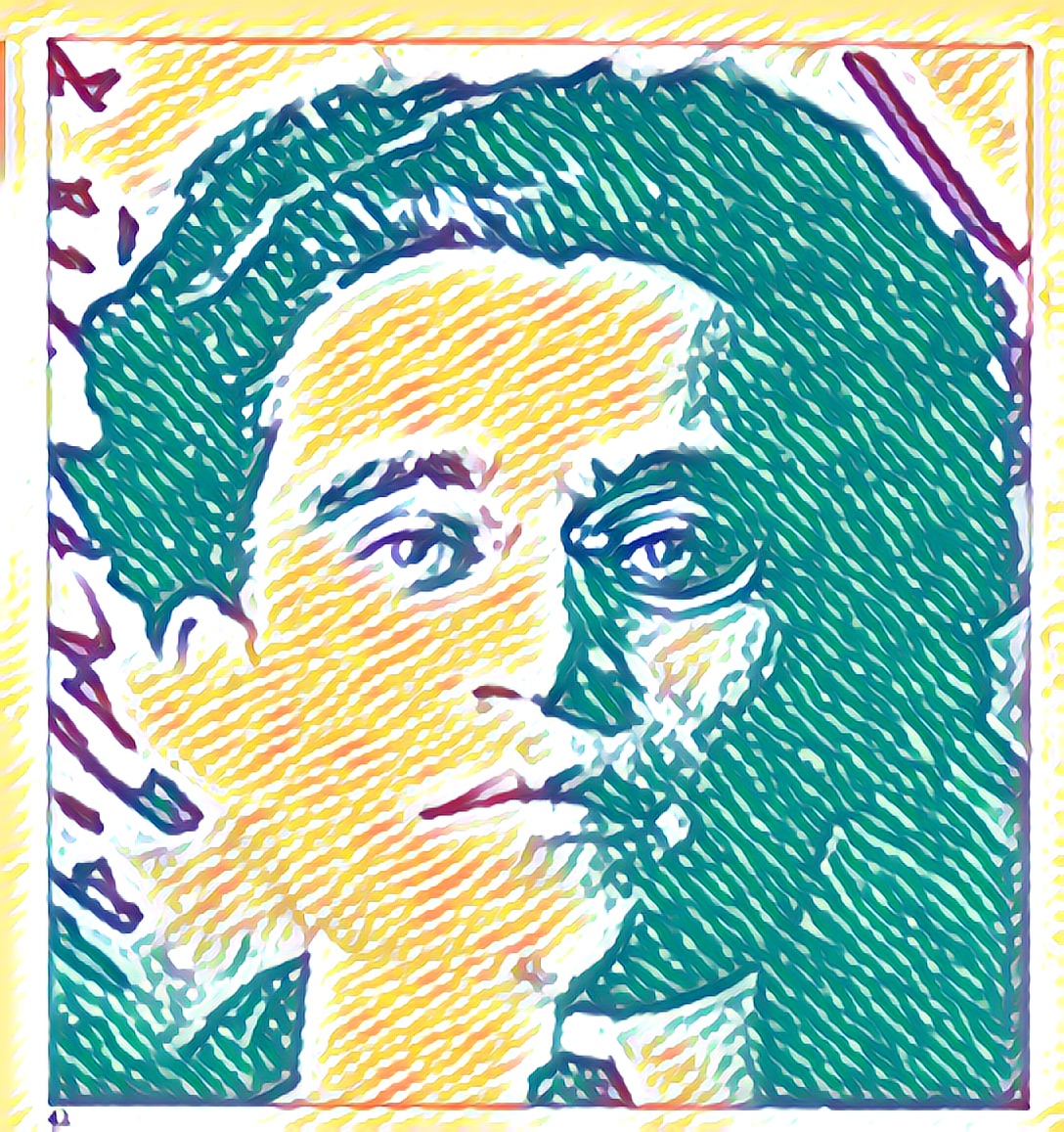 At a recent conference that brought together academics and activists from the movement against mass incarceration, one of the authors of this commentary, Oscar Soto, sat through several days of presentations on the current state of the prison reform movement and future directions for research and activism. Yet entirely and painstakingly absent from the proceedings was the prison abolition agenda. Without a single exception, participants failed to critique—or even mention—the system of global capitalism that has produced surplus humanity and mass incarceration. Instead, the majority of speakers focused on reform, and in particular on providing prisoners and the formerly incarcerated with the opportunity for higher education.

The passage late last year of a prison reform bill (the First Step Act) is indicative of the newfound interest among the dominant groups in prison reform. The bill, among its various provisions, boosts prison rehabilitation efforts, including educational and training programs that allow prisoners to “earn credit.” While Democrats and Republicans alike cheered the bill as a “breakthrough,” particularly revealing was its endorsement by conservative and far-right groups ranging from the Cato Institute to the Koch Brothers–backed Americans for Prosperity. Even the Fraternal Order of Police and the union representing federal prison guards backed the bill.

What accounts for this rather abrupt change of heart among the dominant groups, the corporate elite, and their political and police agents? The radical critique of mass incarceration and the movement for prison abolition have been around for half a century, if not longer. As the movement gained steam in the early twenty-first century, linking the call for abolition to a critique of global capitalism and empire, the mainstream took notice and began to embrace the call to reform mass incarceration.

The irony should not be lost here. The organizations and political agents of the corporate elite that have now embraced reform are the same ones that championed capitalist globalization and one of its byproducts, mass incarceration. The newfound concern for over-incarceration and criminal justice reform is shared by a broad array of both liberal and conservative corporate-funded think tanks and foundations, including The Cato Institute, The Heritage Foundation, and the Koch Brothers as well as the Ford, MacArthur, Kellogg, Rockefeller, Mellon, Soros, and Carnegie foundations. These foundations, for instance, funded to the tune of $100 million the Art for Justice Fund in 2017 to dole grants out in strategic doses to criminal justice reform groups.

These think tanks and foundations, let us recall, promoted over the past four decades the neoliberal agenda of the corporate state, free markets, and globalization. The capitalist restructuring and class warfare from above that they promoted in the United States and worldwide resulted in the exponential expansion of a surplus humanity disproportionately drawn from racially oppressed populations and in the concomitant systems of mass social control and repression that produced mass incarceration in the first place.

As politicians, foundations, and the corporate media have taken up the matter of mass incarceration, the focus has shifted from radical critique (including abolition) to reform, and from a denunciation of the brutal injustices of neoliberal global capitalism to a redemption script. The theme of co-optation by capitalist philanthropy was first raised by Marx and Engels, who wrote in The Communist Manifesto that a sector of the capitalist class is “desirous of redressing social grievances in order to secure the continued existence” of its rule. The danger in the ruling group’s newfound interest in critiquing mass incarceration is that the radical critique that has gained traction in recent years—linking incarceration to capitalism, the oppression of marginalized communities, and a ruthless prison-industrial complex bent on turning mass social control into multiple sources of accumulation—will become eclipsed by the rise of the redemption script. As the headline in one article by the industry publication Inside Philanthropy proclaimed, “Redemption: An Accelerator Puts Former Inmates in the Driver’s Seat.” The redemption script is all about helping those incarcerated and released to absorb capitalist ideology and to integrate into the capitalist labor market as compliant workers and “social entrepreneurs.”

Italian communist Antonio Gramsci developed the concept of passive revolution to refer to efforts by the dominant groups to bring about mild reform from above by absorbing intellectual, political, and cultural leaders of the subordinate majority into the ruling bloc in order to decapitate and undercut more radical movements from below. Gramsci also proposed the general concept of hegemony to refer to the attainment by ruling groups of stable forms of power through two distinct relations of domination: coercive domination and consensual domination. All social order is maintained through a combination of consensual and coercive dimensions: In Gramsci’s words, hegemony is “consensus protected by the armor of coercion.” For Gramsci, then, the state is not all about repression; it also plays an educative role, seeking consensus via the co-optation of intellectuals and activists through political, professional, and union organizations that are funded and organized by the private associations of capital and the ruling class.

As William I. Robinson has discussed in his works on global capitalism, in the wake of the 1960s worldwide rebellions and the 1970s crisis of world capitalism, emerging transnational elites launched capitalist globalization as a project to break resistance worldwide, regenerate global accumulation, and reconstitute their lost hegemony. Capitalist globalization brought to an unprecedented expansion of the ranks of surplus labor that, in the United States, has been drawn disproportionately from racially oppressed communities; this surplus humanity has come to constitute the raw material for mass caging and for the exercise of other forms of social control carried out by an expanding global police state.

In recent years, however, global capitalism has been once again facing a crisis of hegemony and confronting a renewed challenge by mass movements from below, including the movement critiquing the prison-industrial complex and calling for abolition. For passive revolution to succeed in reestablishing the hegemony of the ruling class, the mild reform from above must include efforts to disseminate the ideological and programmatic content of the reform itself and have it achieve hegemony over calls for more radical change. That is, legal reforms such as the First Step Act (and others undoubtedly to come) must involve the diffusion of a redemption script that can displace the radical critique of the prison-industrial complex and abolition and become the new hegemonic narrative.

There has been a symbiosis between corporate funders, institutions, and the state in the current campaign to co-opt the new movement against mass incarceration. The resurgent investment in prison educational funding and educational programs for the formerly incarcerated may be welcome in and of themselves. Yet they serve the larger purpose of ensuring the hegemony of the redemption script. Deprived of a radical critique of capitalism and its prison-industrial complex, the movement against mass incarceration runs the risk of being tamed before it has the chance to develop into a revolutionary movement for abolition as part of the struggle against the depredations of global capitalism.

* This blog is extracted from a longer commentary that will be published in a forthcoming issue of Social Justice.
William I. Robinson is professor of sociology, global and international studies, and Latin American studies at the University of California at Santa Barbara. His most recent book is Into the Tempest: Essays on the New Global Capitalism (Haymarket, 2018). Oscar Fabian Soto is a Chicano activist-scholar, a teaching associate in the Department of Sociology at University of California-Santa Barbara, and a PhD candidate in sociology and Black studies. He works with formerly incarcerated and disenfranchised gang-involved youth and is recipient of a Hein Family Fellowship and a Sally Casanova Pre-Doctoral Scholarship.