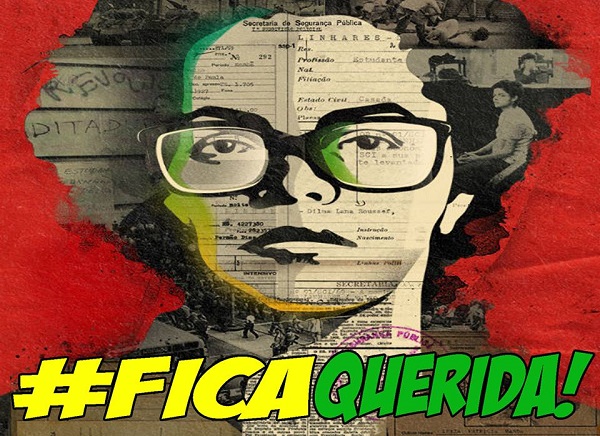 Image from brasileiros.com.br. See caption below.

While Olympic athletes faced victory and defeat along the putrid shores of Rio de Janeiro’s Guanabara Bay, on the shores of sparkly Lake Paranoá in Brasilia, Brazil’s 36th president, Dilma Rousseff, faced only defeats as her enemies moved to impeach her. The most recent contest was lost on August 10, when more than two-thirds of the federal senate voted to schedule the start of her final impeachment trial on August 25. Within the story of Dilma’s political fortunes is another chapter in the saga of the rise and fall of social justice in Latin America’s largest and most populous country.

Dilma’s presidency marked the fourth mandate of executive branch control by the Workers Party (PT, in its Brazilian acronym). Soon after her reelection in 2014, the opposition mobilized street protests, judicial challenges, congressional blockades, and relentless media criticism that undermined her second term of office until the opportunity arose to initiate impeachment proceedings in April, effectively ending the PT’s reign in its 13th year.

The party arose from working-class struggles with large corporations that supported the military regime that ruled Brazil from 1964 to 1985. It also took shape in opposition to the Brazilian Communist Party (PCB), which tried to restore its historic sovereignty over the left as the military regime transitioned out of power. Oriented by upstart labor union organizers, black power activists, feminists, PCB dissidents, and activists schooled in Catholic Liberation theology, the PT mobilized around the ideals of democratic socialism, supporting radical reforms. Led from the beginning by the charismatic union leader Luis Inácio Lula da Silva, the PT finally established its dominance when Lula won election to the presidency in 2002.

Benefiting from a strong global economy, Lula completed his second term with favorability indices breaking records at 80 percent. President Lula paid off Brazil’s foreign debt, lessened inflation, increased the minimum wage, expanded small welfare grants to the poorest families, expanded free public higher education, invested in public health, implemented land reform, and, perhaps most important of all, opened the halls of power to unions and social movements. After Dilma’s 2010 election, the 2008 global financial crisis began to affect Brazil, forcing her to change Lula’s recipe. When it came to land reform, for example, emphasis was placed on increasing the productivity of new peasant farmers while the settlement of new peasant families dropped precipitously, causing peasant organizations to rise up in protest against the government. Some former allies left the PT to join competing left-wing parties. Many of these parties had gained force during Lula’s presidency, when it was revealed that the PT had bribed center and right-wing politicians in order to win legislative support.

The bribery scandal revealed several essential elements that explain the current crisis. It divided the left into pragmatists and idealists. Some agreed that obtaining social justice legislation required buying off the opposition. Others held fast to the idea that positive ends do not justify negative means. The scandal documented the culpability of bribers and bribed, leaving no doubt as to the corrupt core of Brazilian political culture.

Lula’s second campaign for president exposed the sharp class, racial, and regional divisions in the country. In the central and southern states, where the descendants of European immigrants predominate and middle-class values hold sway, the press constantly invoked the bribery scandal and the PT lost support. In the meantime, Brazil’s northeastern region, where indigenous and African influences are stronger and middle-class values weaker, the PT gained in support. Lula’s reelection and Dilma’s double victories, based on huge majorities in the north and northeast, profoundly aggravated opponents, provoking the unswerving envy of elitist opposition politicians who detested being defeated by supposedly inferior northerners.

In fact, the significance of the PT’s conquest of political power cannot be overemphasized. Brazil is a country where ruling class families have jealously guarded their privileges for hundreds of years. These Brazilians compliment themselves on avoiding violent conflict, such as a bloody civil war to end slavery; but they know that conflict avoidance has allowed them to maintain hegemony and limit social justice. Many of those who fought for democracy have been silenced or killed, allowing dominant figures to display their largesse by granting benefits of their choosing.

Symbolically and structurally, the PT offered the greatest challenge to the ruling class in the nation’s history. By learning to play by the elite’s rules, the PT advanced a social justice agenda. Since the country’s post-dictatorship constitution charged the state with providing quality health care and education for all and mandated the appropriation of unproductive estates and their distribution to peasants, its mere implementation threatened concentrated power. Under Dilma, for example, millions of long-exploited domestic servants —undereducated poor women, with few opportunities—gained legal recognition, implying access to labor courts, retirement benefits, and overtime pay. Indeed, the growing complexity of the economy compelled the ruling class to accept that the increasing number of technically capable workers required investments in education, transportation, and health care. For a time, the PT was the darling of the international financial community for its skill in reducing “extreme poverty” and expanding the middle class in an “emerging market” nation-state.

But resistance to change has been fierce, and Dilma is paying the price not only for representing the PT, but also for challenging paternalism as Brazil’s first female leader. Her gender and image have been used to deride her as an emotionally imbalanced scolding mother, and even to threaten her with rape. But the most unjust of the injustices she faces is her relative innocence in the face of a deluge of charges of corruption against political leaders of nearly all parties. In the meantime, her opponents’ own fact-finding commission determined as groundless more than half of the so-called impeachable “crimes of responsibility” she has been accused of committing. The remaining accusations are limited to three budget decrees she signed in 2015, at the request of the judiciary branch and with the advice of her staff. The alleged crime was to have signed these decrees without the prior consent of the legislature. The accusations are so weak that her accusers spend most of their time criticizing the PT for numerous charges levied against it by an investigation called Operation Jet Wash.

But Dilma’s opponents in congress decided not to incorporate the evidence from this investigation into the impeachment charges. For one thing, the evidence against her direct involvement in corruption is very weak; no charges have been filed against her. For another, many of her leading opponents—from vice president Michel Temer, who now serves as interim president and is her principal antagonist, to the leader of the senate and former leader of Brazil’s house of deputies, Eduardo Cunha—have all been implicated in the Jet Wash investigation.

Without doubt, excluding the Jet Wash allegations allows Dilma’s opponents to protect themselves from hypocrisy charges, as it would have allowed her defense to reverse the tables. Impeachment appears as a vendetta against the PT, especially when one notes how strident Jet Wash prosecutors and the media have been in stressing allegations against the PT while nearly ignoring equally damning evidence against Temer, Cunha, and a host of other leading opposition politicians. With Temer, the ruling class has a cabinet composed almost exclusively of white men with an authoritarian neoliberal agenda. In other words, the final injustice of placing Dilma in the crosshairs of a constitutionally “justified” impeachment process is not the victimization of President Dilma, but her use as a scapegoat to help cover up and legitimize a coup d’etat that promises to consolidate the “ancient regime.”

Image caption: “Fica, querida” literally means “Stay, darling,” or “Don’t go, dear.” The Jet Wash investigation had a wire on Dilma and Lula in which Lula closed a phone call by saying “Tchau, querida.” The opposition appropriated “Tchau, querida” to mean “Good riddance, Dilma!” Thus Dilma’s supporters responded with the hashtag “Fica, querida.” Dilma’s picture in the image is taken from her arrest record after she was captured and tortured for joining the armed struggle against the Brazil’s dictatorship (1964–1985).

* Cliff Welch is a former San Francisco longshoreman, ranchhand, reporter, and co-founder of the National Writers Union. He teaches contemporary Brazilian history at the Federal University of São Paulo (UNIFESP).