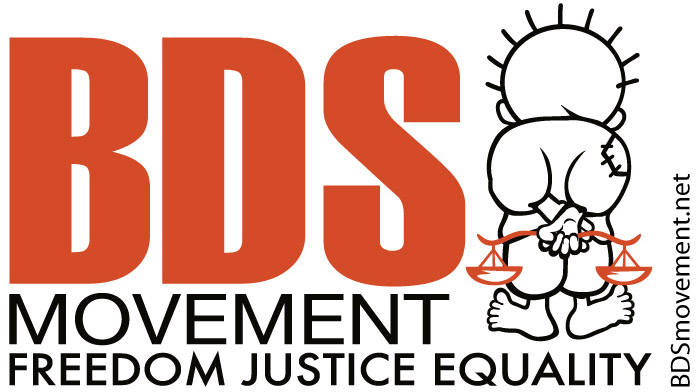 In 2016, a bill targeting organizations that choose to divest from Israel, AB 2844, was proposed in the California state legislature. In 2015, New York Governor Mario Cuomo also issued an executive order creating a blacklist of organizations that support Boycott, Divestment, and Sanctions (BDS) against Israel. This legal backlash, or “lawfare,” against the BDS movement is a direct response to the threat it represents to a powerful status quo.

Something unthinkable has happened in the United States in recent years: The boycott of Israeli academic institutions has expanded rapidly, with one major academic association after another endorsing the boycott or voting on boycott resolutions. Just as recently as in 2010, it was unimaginable for many, including Palestine solidarity activists and Palestinians themselves, that the academic boycott could win support in the United States. Our government, after all, is the most powerful ally of Israel and has provided unconditional military, political, and economic support to the Israeli state. Concomitantly, the issue of Palestinian liberation has historically been suppressed and subjected to censorship in the US academy and public sphere, representing what many describe as a new McCarthyism.

The boycott has been key to challenging this lockdown on the open discussion of Palestine, Israel, and Zionism and to the transformation of the Palestine question into a central node of progressive academic organizing and campus activism. So what is significant is not just the adoption of boycott resolutions but the larger political and intellectual shifts in the United States. The systematic silencing of criticism of Israel, including on the left, has generated a political tendency that some label PEP (Progressive Except on Palestine). The Palestine national question could only be framed—if discussed at all—through a state-sanctioned discourse about “the conflict” and a critique limited to the Israeli military occupation and the Palestinian territories conquered in 1967. The rise of the BDS movement has been accompanied by a new framework that, first, centers Palestinian rights as integral to movements for social justice, and second, uses the discourse of human rights, settler colonialism, and apartheid to challenge foundational narratives of the Israeli state—a state that systematically privileges one racial and religious group and was built on the displacement of indigenous Palestinians.

The boycott is thus an antiracist, anticolonial movement that rests on the principle of refusal of collaboration with Israeli academic institutions, given their embeddedness in the Israeli regime of settler colonial and racial governance (see guidelines for Palestinian Academic and Cultural Boycott of Israel). The boycott has also been the site of significant interracial and cross-movement coalition building, linking issues of colonialism, militarization, policing, antiblackness, indigeneity, borders, and labor.

The BDS movement was launched in 2005 by Palestinian civil society organizations, including over 170 political parties, activist organizations, trade unions, and women’s groups. The call for an academic and cultural boycott of Israel was actually issued a year earlier, in 2004, highlighting the centrality of the academic and cultural front to the Palestinian struggle. It took five more years for US-based academics to launch a national campaign to mobilize support for this call, forming USACBI (US Campaign for the Academic and Cultural Boycott of Israel) in the midst of the 2008–2009 Israeli war on Gaza.

The political principles of USACBI, on which BDS is based, is that there should be an academic and cultural boycott of Israel until it complies with international law by: 1) Ending its occupation and colonization of all Arab lands occupied in June 1967 and dismantling the Wall; 2) Recognizing the fundamental rights of the Palestinian citizens of Israel to full equality; and 3) Respecting, protecting and promoting the rights of Palestinian refugees to return to their homes and properties, as stipulated in UN Resolution 194. These principles address the three segments of the fragmented Palestinian nation, i.e., refugees; those living under illegal military occupation in the West Bank, Gaza, and East Jerusalem; and Palestinians within the 1948 borders of Israel, who live as second- or third-class citizens.

The boycott paradigm thus unifies these displaced and segregated Palestinian groups and foregrounds a return to an autonomous grassroots mobilization, beyond the language of statehood and neoliberal democracy promoted by Western powers and the Palestinian Authority. In Palestine, the BDS movement represents a revitalization of mass politics at a time of political disillusionment since the Oslo Accords of 1993. BDS represents a rejection of the Oslo paradigm that was a major factor in the pacification of Palestinian national resistance, as well as the fragmentation of the Palestinian nation with the expanding Wall and illegal settlements. It is important to note, however, that the global BDS movement does not aim to supplant grassroots organizing in Palestine but is an act of solidarity with the Palestinian people that puts external civil society pressure on Israel, given its refusal to comply with international human rights and end the longest military occupation in modern history.

The historic Association of Asian American Studies and American Studies resolutions, both adopted with overwhelming support in 2013, led to a flood of boycott organizing in different fields. Since then, the Native American and Indigenous Studies Association, Critical Ethnic Studies Association, National Women’s Studies Association, and the National Association of Chicano and Chicana Studies, among others, have endorsed the academic boycott. In 2015, the American Anthropological Association’s members voted by a stunning majority to endorse a boycott resolution; this was put on the ballot in spring. Even though the boycott failed to be adopted by a very narrow margin of votes, this referendum in a major academic association and a core social science discipline is tremendously significant.

What is important is not just the formal adoption of resolutions but the intellectual and political space that has been enlarged in the US academy as part of this process of academic boycott organizing. It is also significant that graduate students have been highly engaged in these campaigns, signaling a generational shift. UAW 2865, which represents graduate student academic workers (e.g. teaching assistants, graduate instructors) in the University of California, passed a historic BDS vote in 2015, including individual pledges for academic boycott, becoming the first mainstream labor union in the United States to endorse BDS and underscoring the links between the boycott and academic labor organizing.

The boycott movement is on the frontlines of the struggle to democratize the neoliberal university by contingent academic workers, scholars, and student activists; it has generated a network of solidarity for dissident academics who have been denied tenure, lose employment, or face harassment and smear campaigns for criticism of Israel. The firing in 2014 by the University of Illinois-Urbana Champaign of Steven Salaita, a Palestinian American scholar and advocate of the boycott (also a USACBI organizer), evoked an outpouring of solidarity among academics, including many who boycotted the university in protest. This dramatic example of the new McCarthyism highlighted the confluence of powerful Zionist organizations (such as the Simon Wiesenthal Center and the Israel on Campus Coalition) and university administrations that have eroded faculty governance and academic employment rights.

Finally, the BDS movement is central to the war of legitimacy that has ruptured the image of Israel as a democratic, multicultural Western state. The boycott is not just a threat to the Israel lobby and Zionist state, but also to US imperial hegemony, which has relied on Israel as a proxy force; hence, the anti-BDS legislation proposed in various states (e.g. New York, Maryland, Illinois, and California) and State Department initiatives to delegitimize criticism of Israel as anti-Semitic have trickled down to repress campus activism. The enduring US-Israel alliance has been shored up by a network of racist, Islamophobic, and right-wing organizations (see The Business of Backlash). The boycott is thus central to the contemporary culture wars, and is an important site for academic activism and struggles for emancipation.

Apartheid Israel: The Politics of an Analogy (e-book, Africa is a Country), https://africaisacountry.atavist.com/apartheidanalogy.

Angela Davis, Freedom is a Constant Struggle: Ferguson, Palestine, and the Foundations of a Movement (Chicago: Haymarket, 2016).

* Sunaina Maira is Professor of Asian American Studies at the University of California, Davis. She is the author of  Jil [Generation] Oslo: Palestinian Hip Hop, Youth Culture, and the Youth Movement and co-editor of The Imperial University: Academic Repression and Scholarly Dissent. Maira is a founding organizer of the US Campaign for the Academic and Cultural Boycott of Israel (USACBI) and was involved with the academic boycott campaigns in the Association of Asian American Studies and the American Studies Association; she is cofounder of Faculty for Justice in Palestine-Davis.