Founded in 1974, Social Justice is a quarterly peer-reviewed educational journal that seeks to inform theory and praxis on issues of equality and justice. Its early focus on issues of crime, police repression, social control, and the penal system has expanded to encompass human and civil rights, citizenship and immigration issues, environmental victims and health and safety concerns, welfare and education, ethnic and gender relations, and persistent global inequalities.
The journal has framed its vision of social justice with an understanding of the international dimensions of power and inequality, and it has formed part over the years of an international community of progressive intellectuals, activists, and movements. The connection to that community has helped Social Justice keep its bearings in times of stormy weather, such as the nasty squalls of the Reagan era or the hurricane winds at the end of the Cold War.
Today, Social Justice continues to promote social criticism as a distinctive form of knowledge and to present divergent viewpoints in a readable fashion. 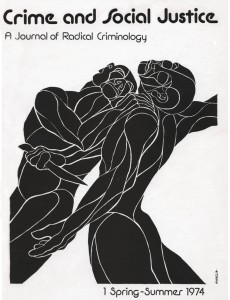